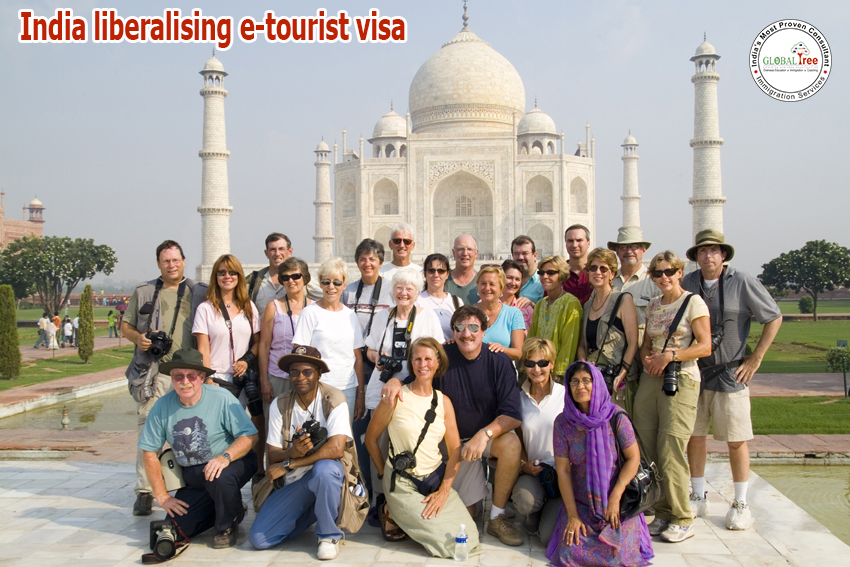 The Central Government of India is planning to liberalise the e-tourist visa for foreign tourists visiting India. It was observed that after the launch of e-visa facility there has been a huge increase in the number of foreign nationals visiting India. The incredible growth of 266% was noticed in a yearin the number of foreign tourists arriving in India who used e-visa facility.

Due to this prodigious response received to the e-visa facility, the central government of India decided to liberalise the e-visa facility a little more. As per the reports of Deccan Chronicle News daily, the central government is planning to permit the foreign tourists to stay in the country to 100 days which is 30 days at present in the country. Also the government is planning to allow multiple entries to the foreign immigrants in India.

Vinod Zutshi, the Union Tourism Secretary of India announced these plans for e-visa in his speech for the inauguration of 32nd edition of Indian Association of Tour Operators (IATO). He mentioned that the ministry has agreed to implement this plan of e-visa, and it is just the matter of some time. It is expected that after liberalisation the foreign tourists will further boost up.

To gather further visa and immigration related information then do contact us +91 8142826826 Globaltree immigration services for genuine and trustworthy counselling.

For more Information about this please fill out Free assessment form one of our consultant will get back to you.For more updates follow us on Facebook ,Twitter , Google+